Profound Logic Gives Developers A New Path to Node.js Development with NodeRun; Adds Git Integration to Their IBM i Solutions


May 20, 2019 – Anaheim, CA – Profound Logic, an innovator in enterprise modernization and transformation solutions, today announces the availability of NodeRun, along with additional product features and enhancements, at the 2019 COMMON POWERUp Conference in Anaheim, California. At the conference, Profound Logic celebrates their 20-year anniversary and the innovative solutions they’ve brought to the IBM i market, including their latest product, NodeRun.

NodeRun: Node.js For the Rest of Us

NodeRun (noderun.com) is the free, cloud-based IDE and community for Node.js developers of all skill levels. NodeRun differs from other online development platforms because it supports full-stack, transactional business development, as opposed to front-end development only.

The platform offers a number of unique features that enable developers to be 10x more productive than by traditional, manual efforts. These features include:

A full list of features is available at: www.noderun.com/about-noderun.

NodeRun was the vision of Profound Logic’s CEO, Alex Roytman, who wanted to give all developers, including IBM i developers, a launchpad to start creating Node.js applications quickly and easily.

“I believe that all businesses, including those that run on IBM i, can benefit from adopting Node.js in their development efforts,” says Roytman. “NodeRun lowers the barrier for developers who have a lot or a little experience with Node and makes it much easier for them to create Node applications for their businesses. Node.js is the solution that many businesses have been searching for to address challenges like a diminishing IBM i developer pool, and the need to make applications integrated, cloud-ready, and able to support digital transformation efforts.” 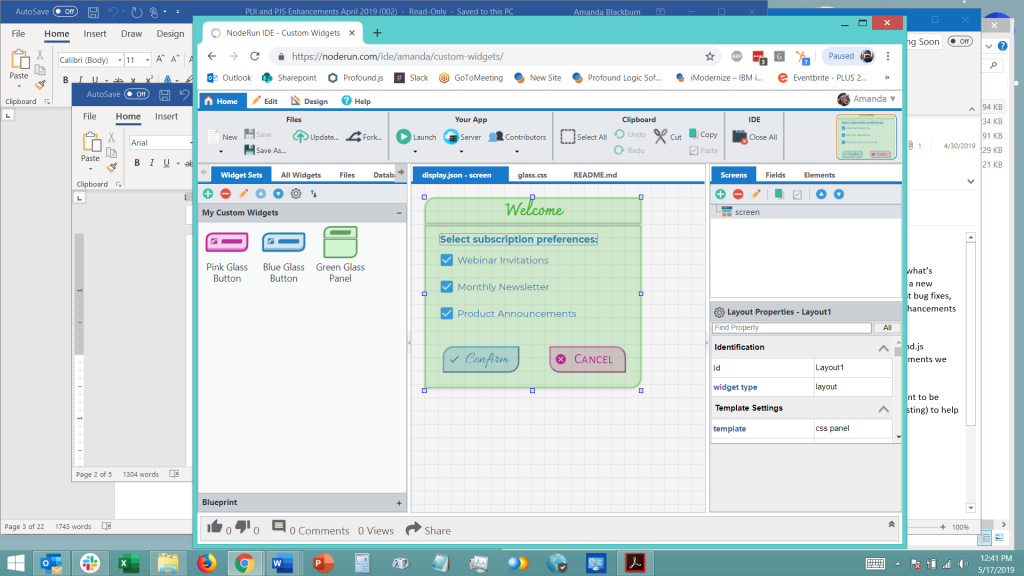 NodeRun business applications are designed to be compatible with any relational database out of the box, including MySQL, Oracle, SQL Server, IBM Db2, and Db2 for i. NodeRun also seamlessly integrates with Profound.js, Profound Logic’s solution to convert, connect, design, and deploy IBM i applications in Node.js.

An important new feature Profound is bringing to the table is integration with Git in their Node.js development products: NodeRun and Profound.js. The IDEs for these products now feature seamless integration with Git, the popular free/open source version control system. Users can now create Git repositories in the workspace, manage changes, make commits, integrate with GitHub, and more, all without leaving the IDE.

Git integration within the Profound.js IDE

This feature enables users to manage repositories, track changes, clone repositories, and more, all from the Visual Designer. Learn more about this feature here: https://core.profoundlogic.com/docs/display/PUI/Git+Integration

A big part of modernization involves enabling your code to use standard SQL. Many customers start their efforts with a simple DDS to DDL translation. DDL is a subset of SQL that helps you define databases.

This, however, is only a small part of modernizing to SQL. The more challenging aspect is taking traditional Record Level Access (RLA) and translating it to use embedded SQL within application logic.

Profound Logic now makes it possible to transform RLA to SQL code as part of its RPG-to-Node.js conversion. By transforming RLA to SQL, developers and system administrators can reap many benefits, including:

Profound Logic releases hundreds of new capabilities and improvements for their products each year. Some of the top features in the latest release include:

We recently updated our products and widgets to use a modern flat-look theme that is the industry standard for web and mobile application interfaces.

Users can set sort directions and set the primary sort column, secondary sort column, etc. Multi-sorting works for all grids, and many require no changes to take advantage of this feature. If a grid already has “Sort” enabled, then simply right-clicking a column heading and picking the new “Sort…” option displays a dialog for setting multi-sorting. 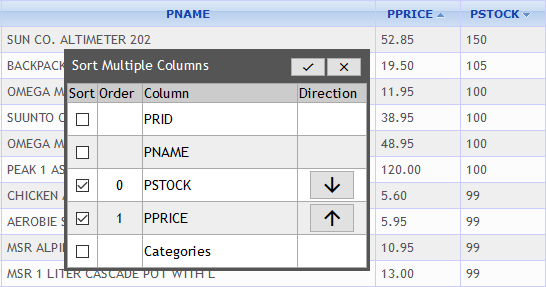 Profound.js is now available as a Docker image via Docker Hub. Docker is a tool designed for creating, deploying, and running applications by using OS-level virtualization technology called containers. Docker Hub is a cloud-based repository in which Docker users and partners create, test, store and distribute container images.

At Profound Logic, our mission is to provide the most innovative solutions for application modernization, development, and digital transformation. Since 1999, we’ve helped thousands of customers around the world transform legacy interfaces and source code, develop modern desktop and mobile applications, and optimize enterprise systems. Our developers are true IBM i experts, fluent in modern languages that include RPG and Node.js.

We have offices in Ohio, California, Mississippi, and Wisconsin, in addition to partners located around the world. Learn more at www.profoundlogic.com or contact us at 877-224-7768.