Profound UI 6 marks a prolific year of research and development for Profound Logic in which we’ve made great strides in delivering solutions for modern, free-format RPG and Node.js development on IBM i.

“We are very proud of what our developers have accomplished since our last major release of Profound UI,” states Profound Logic CEO, Alex Roytman. “We believe the new features and capabilities in version 6 will help developers be even more successful when using our products for development and modernization.”

The major features of this release include:

Additionally, Profound Logic has steadily improved Profound.js, our platform for Node.js development on IBM i. Profound.js 4.5 includes the following capabilities:

Profound Logic’s patented Visual Designer has been one of the most innovative tools developed for IBM i application development and modernization. It enables users to drag-and-drop over 150 widgets onto a workspace where a new application interface can be crafted. It gives RPG developers the ability to deploy modern interfaces, even if they aren’t experts in mobile development or the use of HTML, CSS, or JSON.

“We’re very proud of the updated Visual Designer in Profound version 6,” says Roytman. “It has a very clean, modern look with new icons, a streamlined interface, and updated development capabilities, making it a very powerful tool in any IBM i developer’s toolbox.” 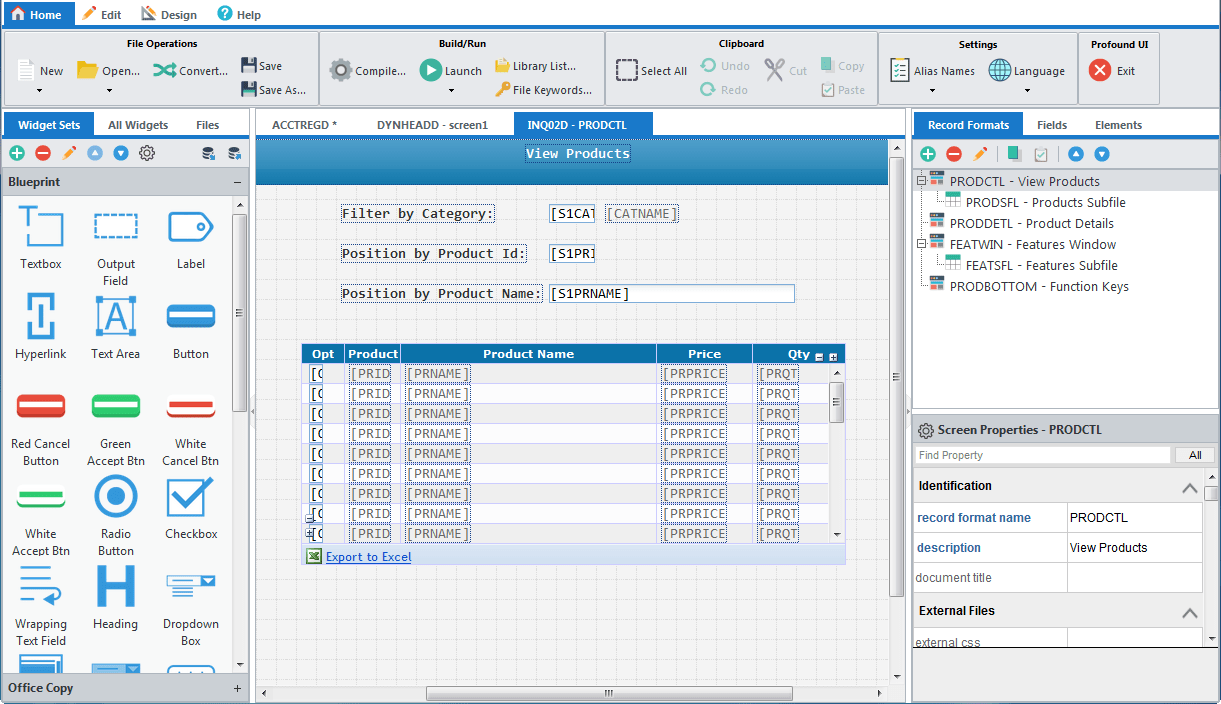 One of the most exciting new features of Profound UI 6 is the inclusion of new widgets and widget sets in the Visual Designer.

“We’ve made it easier than ever to make beautiful applications with the Visual Designer by providing sets of widgets designed to work together,” explains Roytman. “Even better, customers can easily create their own sets to fit their company’s branding.”

Customers can easily create new widgets or customize existing widgets, and then add them to their custom widget sets.

Today’s applications often need to adjust to different sized displays to account for desktop, tablet, and mobile devices. Designing an application to be responsive by hand can be very complex, and often requires a web developer with specialized skills.

With the Visual Designer in Profound UI 6, there is no need for extra coding or relying on developers with specialized skills to make your applications responsive. Our new Responsive Layout widget with its Responsive Layout Editor dialog lets you visually configure your widgets in a point-and-click, drag-and-drop manner to adjust to any screen you can imagine. 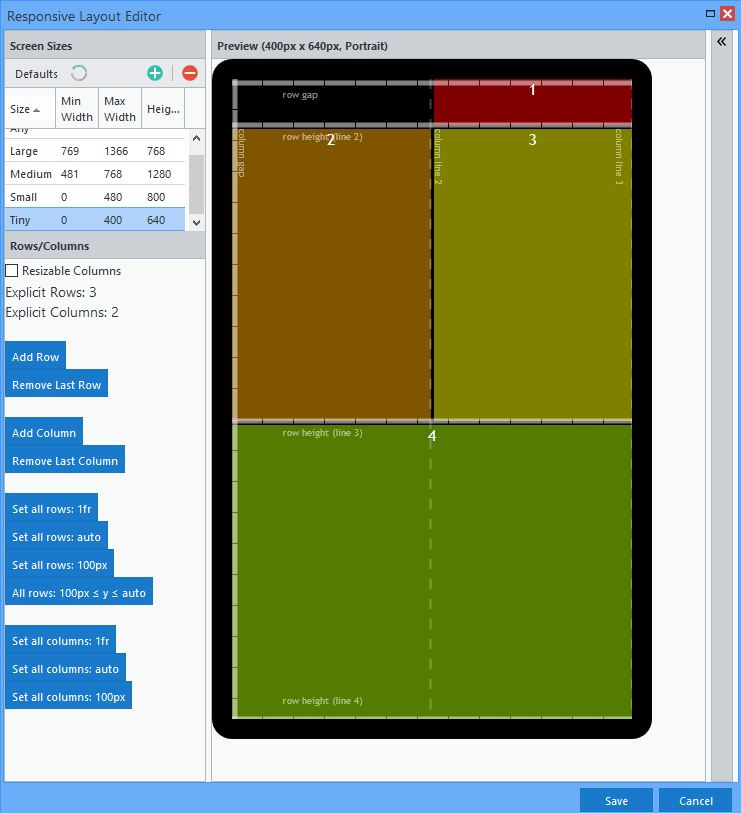 The Visual Designer in Profound UI enables you to open multiple documents in tabs, so your displays and IFS files can be open at the same time, making it easier than ever to work on documents and switch between them. 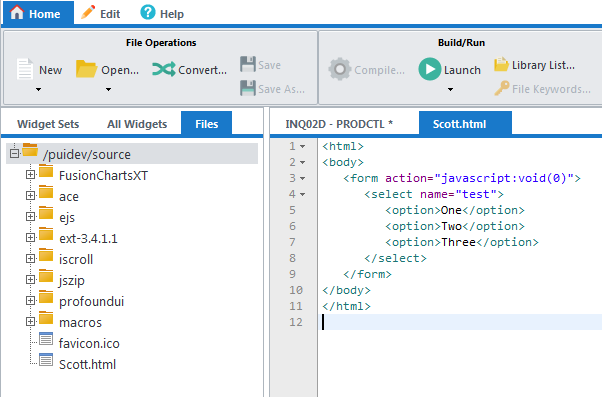 This feature enables you to browse and edit text documents in the IFS, including the HTML, CSS, client-side JavaScript, and Node.js files you use in Profound UI. This operates in a similar manner to the Remote System Explorer on RDi. Now, you can browse and view multiple files, edit files, and design the UI all within a single browser-based tool.

Developing Open Source on IBM i works best if you use a terminal, such as Xterm. Our new Xterm.js feature lets you open a shell or terminal for your IBM i PASE, Windows, Linux or Mac environment directly from the browser. 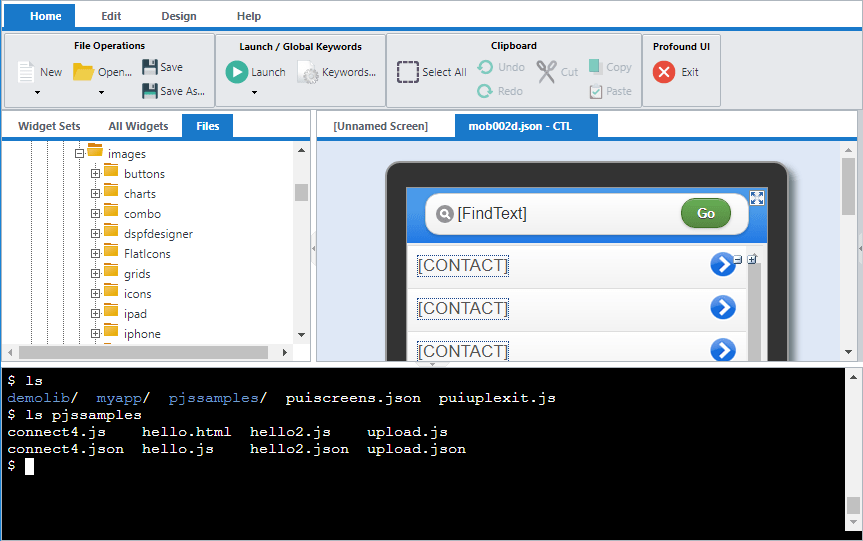